The San Francisco Giants have traded for Casey McGehee, who, most likely, is only a one-year solution to replace the swinging Panda, Pablo Sandoval. While on the surface it seems like a big downgrade, I believe the Giants will find hidden benefits from this signing. Let’s take a deeper look at the two players. (In each comparison, Pablo is on the left and Casey is on the right).

Comparative Career Statistics (as of 2013 season)

But the Giants didn’t sign Casey to replace Pablo from an offensive perspective. Casey’s real value will come on defense. Though he has a slightly weaker arm and may make a few more errors, Casey’s ability to turn double plays is much better than Pablo. But Casey can fill in elsewhere too. He can be a serviceable corner outfielder, and an above average first baseman if/when Brandon Belt needs a break. 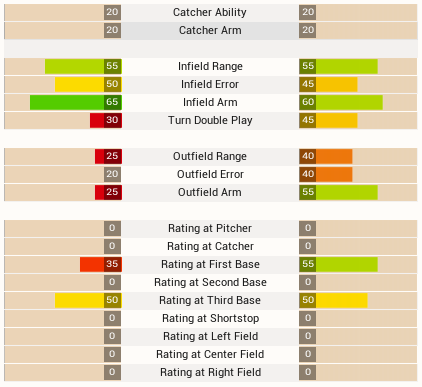 Without a doubt, the Giants will miss Pablo’s offense, and still need to find a replacement bat. But signing McGehee is definately a great move by Giants GM Brian Sabean.

Like Loading...
‹ Trade Talks: Do you give up Trea Turner to acquire Wil Myers?
Player Spotlight: Who is Jung-Ho Kang? ›